Forget about your team! You’re a star…

Are you working in a team? Are you sure? Really? You might not be aware of it, but sometimes a team is not a team at all, it’s just a group. Kevan Hall introduced the difference between so called Spaghetti Teams and Star Groups in his brilliant book Speed Lead. Knowing the difference will help you tremendously with holding effective meetings.

The essence of Spaghetti Teams is that its members are interdependent. They depend on each other to get work done, roles overlap, people have complementary skills and communication is very frequent. Spaghetti teams are real teams. Collaboration and team meetings are important to getting things done.

In contrast, employees in a Star Group work alone, their roles do not overlap, people have unique skills, communication is infrequent. At the center of the group is the coordinating manager. Having frequent meetings in a star group doesn’t make sense. They are a waste of time and nothing more than status updates that do not require a meeting. Sales teams are typically star groups, not teams. This means there’s a huge potential to save time on meetings. 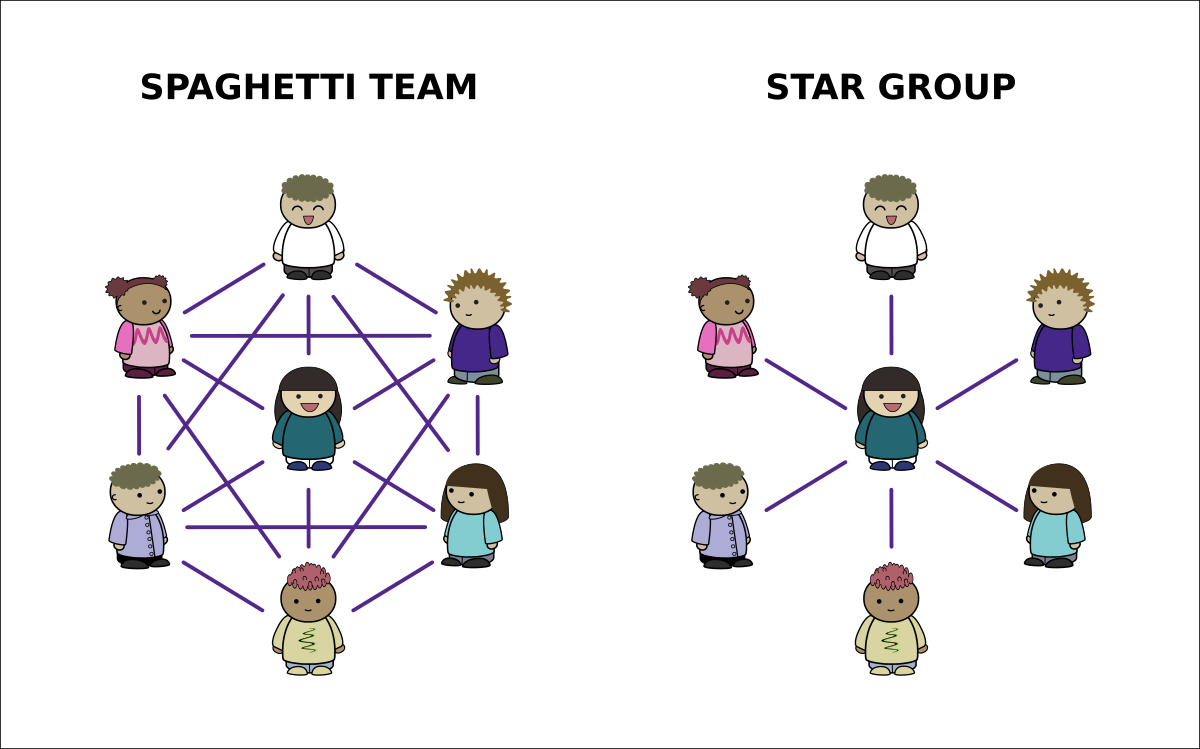 Think of it in another way. If a group has 7 members, having a meeting of one hour will take away a total of seven hours of the whole team. In a star group the manager could hold quick one-on-one meetings with each group member of 10 minutes with the same result. That would only cost six times ten minutes for each participant, or 2 hours in total for all involved. The organisation could therefore save 5 hours of meeting time and the team as a whole could probably be much more productive.

Finally, if you want to know more about this subject, please take a look at the work of Kevan Hall. His book Speed Lead explains in-depth the difference between spaghetti teams and star groups. Understanding the difference and adapting your meetings accordingly makes a lot of sense and will save you time and frustration.

Kevan Hall’s book Kill Bad Meetings is also highly recommended. It’s a book full of reasons why not having a meeting can be a very sensible choice. At Yabbu, we totally dig this book and we see Yabbu as a simple tool to make it happen.

Loves to transform and enrich organizations with new ways of getting things done that make people smile. Enjoys creative thinking about razing barriers. Passionate about books, ebooks and writing stories. Rows on the river Vecht and likes to cook with family and friends. Involved in local politics. Understands the issues of municipalities. Also holds the function of Data Protection & Security Officer within Yabbu.